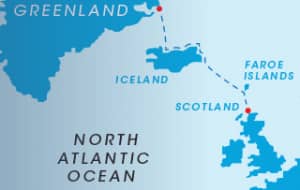 This summer, British explorers Olly Hicks and George Bullard set out to attempt the world’s first documented crossing from Greenland to Scotland by kayak. The expedition covered over 1,200 miles at sea, taking the team over 2 months to complete having left the UK. Olly and George arrived today at Balnakeil Bay, Cape Wrath, Near Durness in Scotland having undertaken a hazardous journey from the shores of Eastern Greenland to the northern Scottish Isles.

Our team at Parsons Green look forward to seeing you back for some massage & rehab physio… when you’ve had some sleep!