Prevention is better than Cure 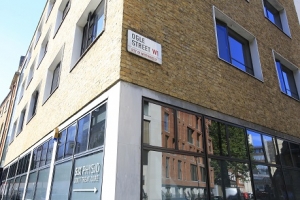 Theres a new addition to Fitzrovia’s growing health and wellness scene….Six Physio has relocated from its former premises over on Harley Street offering both 3:1 & 1:1 Pilates sessions with their experienced therapists.

‘Don’t treat, cure’, this is the promise at no. 19 Foley Street; I admit even I was skeptical at first. Six Physio started out small in a room with a phone in SW6. Then, the idea and still is today to never ever compromise on doing the very best for their patients. Six Physio aren’t out to be the biggest
in their game, they’re about being the best at what they do. To date, they have established 10 clinics throughout Central London stretching from Chelsea, to Moorgate and Leadenhall. They have also made their presence felt in other ways, including holding onto Best Company and Sunday Times Top 100 Small Companies to work for, 4 years in a row!