Beyond the Ultimate: Lapland, Arctic, Sweden 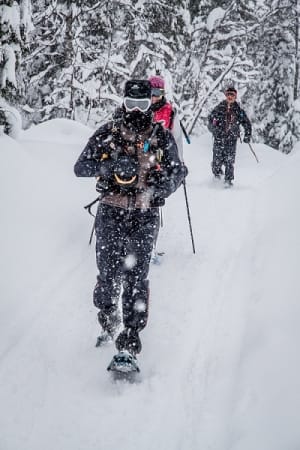 Beyond the Ultimate really does say it all…. and Mark Golton from Chelsea has lived to tell the tale!

The Ice Ultra is one of 4 Ultra Marathons: Jungle, Desert, Mountain, Ice

Firstly there is a ridiculous amount of training – quite hard when you live in London to know what -30oC will actually feel like!

Then when you arrive its Race time: 4 stages, and 230km of some of the most pristine snow covered landscapes in the world: snow fields, mountains and frozen lakes. As a self-sufficient race you are responsible for carrying your entire kit and equipment, including food, sleeping bag, safety equipment and a minimum of 1.5 litres of water which can be re-filled at various checkpoints and water stations along the stages.

Mark may have been on crutches for a while when he got back, lost a lot of weight in such a short period of time, but he finished.

What an achievement… He raised money for the MS Trust . It was the toughest thing he’s ever done, but he did it.
Congratulations from all the Team at Six Physio.