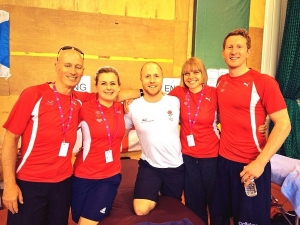 This past weekend saw the start of the Commonwealth campaign for the England Athletics Medical Team.

With only 65 days to go until the Games kick-off in Glasgow, Jemma from Six Physio Fulham was in Loughborough for some team prep!